Bangladesh’s tour of South Africa draws to a close with a two-game Twenty20 series starting on Thursday at Bloemfontein’s Mangaung Oval, and concluding at Senwes Oval in Potchesfroom.

Hopes were high, but it has not been a happy tour for Bangladesh so far.  The Tigers lost both tests to the Proteas at the same two stadiums that host these T20Is, as well as being swept 3-0 in the ODI series that followed. You would forgive them for having one eye on being Out of Africa as soon as they can – but as it tramsprires that the final leg of the tour is perhaps their best chance of taking something home with them back to Dhaka.

South Africa are without their multi-format captain Faf du Plessis, out for six weeks with an injury picked up in the final ODI, as well as a number of top bowlers who they chosen to rest. There is no Imran Tahir, no Morne Morkel and no Kagiso Rabada – although the batting is as daunting as ever with Hashim Amla and Quinton de Kock joined by a rejuvenated and well-rested AB de Villiers.

Although Bangladesh are without Mustifizur Rahman and Tamim Iqbal, they are bouyed by the presence of the top ranked T20I all-rounder Shakib Al Hasan, who will be looking to make an impact as shortest format captain after a quiet ODI series and the two Tests that he chose to sit out.

Bangladesh have never beaten South Africa in four attempts in Twenty20 cricket, and are a lowly tenth in the ICC world rankings in the format, behind Afghanistan. However, South Africa are only ranked seventh themselves.

Plenty to play for for both sides then, and a few players will be looking at personal milestones too:

Miller has scored 906 runs in his T20 career, including the games he played for the ICC World XI in the Indpenedence Cup in Pakistan earlier this year. He’ll be confident of becoming the fifth South African to notch up 1000 runs in the shortest format.

The Proteas stand-in captain for this series is also his country’s leading T20I run-score with 1,683. This puts him in 9th place in the world, and Umar Akmal (1,690), David Warner (1,696) and Shoaib Malik (1,719) are well within his sights as he seeks to march up that particular ladder -although Malik will be playing this week in a three game series against Sri Lanka. 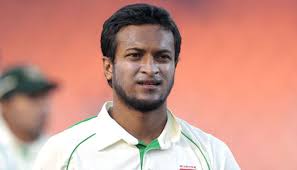 The Tigers’ captain is also his country’s joint highest T20I appearnace maker with 59 games under his belt, the same as his keeper Mushfiqur Rahim and opening batsman Tamim Iqbal. Tamim is injured for this series so Shakib and Mushfiqur Rahim will move ahead.

Shakib also needs 50 runs to displace Tamim as his country’s top scorer in the format.

He is also Bangladesh’s top wicket taker in T20 internationals – a true allrounder!

As well as moving joint top of the Bangladesh appearance list as noted above, the Tigers’ keeper will also be looking for the three dismissals he needs to bring up his half century.

His 24 stumpings to date are enough for third place in the world, and four more will see him move past Afghanistan’s Mohammad Shahzad into second, behind only AB de Villiers.

With the dust now settled on Sri Lanka’s one-sided and often embarrassing 5-0 series defeat to Pakistan in the UAE, attention turns to the shortest form of the game, and a chance of redemption for the islanders.

The two sides play a three game T20I series over the course of four days and two countries – with the first two games to be held this Thursday and Friday at the Sheikh Zayed Stadium in Abu Dhabi, the capital of Pakstan’s adopted cricketing home. All eyes however are likely to be on the third fixture, slated as it is to be played out in Lahore’s Gaddafi stadium, back home in Pakistan. 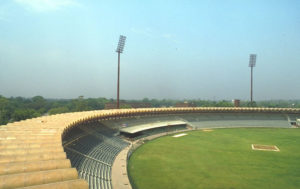 International cricket returned to Pakistan earlier this year after a long hiatus, when the ICC sent a representative World XI side to play three Twenty20 games, and granted them full international status. The matches were played without incident, and paved the way for Sri Lanka to become the first full international side to play on Pakistan soil since Zimbabwe in 2015. Prior to Zimbabwe’s visit, Pakistan had not played a single game at home since 2009, following a terrorist attack on the Sri Lankan team bus, so the fact that it is the Sri Lankans that are the visitors for this historic occasion is even more remarkable.

Perhaps unsurprisingly, not everyone in the Sri Lankan camp was comfortable with returning to the scene of such a traumatic event, with white ball captain Upul Tharanga and several top players (as well as head coach Nic Pothas) choosing not to travel to Pakistan. Sri Lanka Cricket then decided that if players boycotted the Lahore fixture, then they would not be considered for the first two games in Abu Dhabi either – which means that their squad for this entire series has a very inexperienced look about it.

Stand in captain Thisara Perera – who was Sri Lanka’s sole representative in the World XI squad in September, and so had no qualms about leading his country back to Lahore – will remarkably become Sri Lanka’s seventh captain across all formats since June this year. Perera has 60 Twenty20 caps to his name, while the rest of his 16-man squad (which includes five potential T20 international debutants) have a total of just 75 between them.

The much changed squad largely renders Sri Lanka’s recent T20 form irrelevant. For what it is worth, they have won their last two series away from home 2-1, against Australia and South Africa. Pakistan for their part are coming off a 2-1 series win in the World XI series and a 3-1 win in the West Indies earlier in the year.

There are a couple of players with personal milestones in their sights to watch out for as the series unfolds this week: 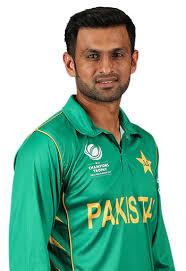 With 89 caps to his name, the evergreen all-rounder is international cricket’s second highest Twenty20 appearance holder, behind countryman Shahid Afridi’s 98.

His 1,719 runs in the format are enough for sixth place in the world all-time standings. He sits just 60 run behind Afghanistan’s Mohammad Shahzad in fifth, 87 behind New Zealand opener Martin Guptill in fourth, and 134 behind India’s captain fantastic Virat Kohli in third.

Malik will have the chance to play three full games before Guptill and Kohli commence battle in their own T20 series over in India next Wednesday, so will be confident of moving into that world top three, even if it is only temporarily.

Fellow Pakistani all-rounder Hafeez has 78 international caps in the game’s shortest format, enough for 6th place. If he plays all three games, he will move to 81 which will see him overtake India’s MS Dhoni (temporarily) and Sri Lanka’s Tilikaratne Dilshan and move into fourth place on the ladder.

Run wise, his 1,619 career runs see him sit in tenth place in the world. South Africa’s JP Duminy is in ninth on 1,683, but will be captaining South Africa in a series against Bangladesh at the same time as this series is being played, so may remain out of reach. Countryman Umar Akmal’s 1,690 and Australia’s David Warner’s 1,696 however should be catchable.

With ball in hand, Hafeez has taken 46 Twenty20 wickets, so is just four short of his half century. He perhaps only has this series to get there, as his bowling action was reported to the ICC for the third time as being illegal during the one-day series, and hence he must submit to testing after ther series and faces another bowling ban.

The seemingly endless calendar of men’s international cricket welcomes back a team that has been largely MIA over the past four months, when India hosts the enigmatic Blackcaps of New Zealand for a three-match ODI series. The first game takes place on Sunday in Mumbai’s Wankhede Stadium, with further games to be played in Pune and Kanpur in the coming days.

New Zealand have not played in any format since their group-stage exit from the Champions Trophy in England way back in June, and Kane Willamson’s men will be chomping at the bit to get back out on the field of play.

There has been no such hiatus for the hosts – since their defeat by Pakistan in the final of the aforementioned Champions Trophy, they have won ODI series in the West Indies 3-1, in Sri Lanka 5-0, and most recently at home to Australia 4-1.

On paper, India are strong favourites for this series – they are in tremendous form and sit top of the ICC ODI rankings. However, whilst the Kiwis may be a little rusty from their lack of competitive cricket, they are no pushovers, as India found when forced their hosts to a 5th game decider in an ODI series in the subcontinent just last year.

Overall, there have been 98 One Day Internationals between the two sides in their history, with India having won exactly half of them. On home soil, India has won 24 of the 32 games played in this format, and will be looking to continue that dominance this week.

They are a number of personal milestones to look out for as the series unfolds: 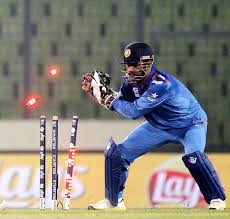 The ageless wicketkeeper has been responsible for 389 dismissals in ODI cricket, comprising a world record 103 stumpings alongside 286 catches. Eleven more in the series will see him become only the fourth gloveman in the history of ODI cricket to notch up 400 dismissals – and would join Kumar Sangakkara, Mark Boucher and Adam Gilchrist in that exclusive club.

Perhaps slightly more unlikely given his batting position and the short nature of the series, Mahendra Singh needs 242 more runs to bring up 10,000 in the 50-over format. If he does mange this, he will become the twelfth batsman to bring up a five-figure career tally, and the fourth Indian. 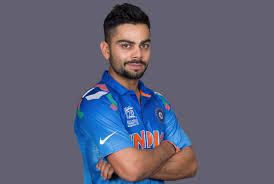 His 30 centuries in 50-over cricket are enough to see him sit in joint second place in the world, alongside Australia’s Ricky Ponting. One more in this series will see him claim second spot for himself as he continues to get closer to countryman Sachin Tendulkar’s world-record 49. Few would bet against Virat getting there eventually in his career.

Batsmen Dhawan and Rahane are chasing personal runs milestones of their own in the series, with Dhawan sitting 221 runs shy of notching up 4,000, and Rahane 178 away from 3,000.

White ball specialist quick bowler Bumrah has already notched up 46 wickets in his short career to date, and will be keen to bring up his fifty in the first game in Mumbai. 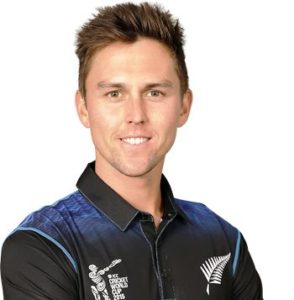 The Blackcaps’ pace spearhead has 90 ODI wickets to his name, looking for ten in the series to bring up his century of wickets 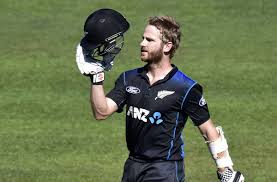 The Kiwi skipper currently has 4,605 runs in the fifty over format, a tally which sees him sit in ninth place for his country. Exactly 100 runs will see him move past the late great Martin Crowe’s 4704 into eighth place.  Another four runs on top of that will see him edge past Craig McMillan’s 4707 into seventh too.