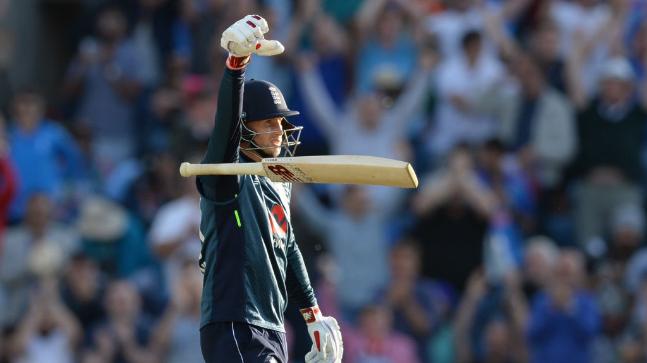 The England mens’ side start their two-month long, all-format tour of Sri Lanka on Wednesday evening, when the first One Day International gets underway in the central city of Dambulla.

There are five ODIs in total to be played, with the first two at the Rangiri Dambulla International Stadium, followed by two in Pallekele, Kandy before the series draws to a close at the R Premadasa Stadium in the capital Colombo. This is wet season in Sri Lanka, and rain is likely to be a factor as the series unfolds, much as it was in England’s warm up – with one of two practice games washed out completely and the other shortened by the weather. 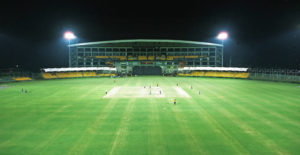 Above: The Rangiri Dambulla International Stadium, host to the first two ODIs.

England’s lack of match practice in the monsoonal sub-continental conditions will do little to dampen their status as hot favourites however. They enter the series as the world’s top ranked ODI side – a remarkable turnaround from the last time they visited Sri Lankan shores in late 2014. That series ended with a 5-2 loss to their hosts, and famously cost Alastair Cook his ODI captaincy job and his place in the squad for the World Cup in Australia and New Zealand that followed in early 2015 to boot.

England left that World Cup with their tails between their legs after a humiliating group stage exit, that included  a heavy defeat to the Lankans, only for this to usher in a meteoric change in fortunes in the 50 over game. Trevor Bayliss and Eoin Morgan’s side have won their last eight bilateral series engagements – although they lost the semi-final in their home Champions Trophy to Pakistan and suffered a defeat in a one-off game to associate nation Scotland in between those victories. They have broken record after record during this rise, and can boast a settled side that is devoid of any obvious weaknesses. Their only real problem is fitting in all their world-class 50-over players into one starting XI!

Sri Lanka must look at their guests with envy. Once a swashbuckling side that everyone loved in ODIs and which found itself in two World Cup finals in recent years, winning one – they have since fallen on seriously hard times, and are ranked a lowly eighth in the format.

The Lions have lost three quarters of their last forty ODIs, recently suffering a series defeat to South Africa and crashing out of the Asia Cup at the group stage with defeats to Bangladesh and Afghanistan. Like Cook before him four years ago, that exit cost Angelo Mathews his job as captain and saw him booted from the squad for desserts. Dinesh Chandimal returns from injury and suspension to take the captaincy reins, the latest in a long-line of players to be tasked with skippering the islanders over the last couple of years.

One thing that isn’t on England’s side is history. They have only ever won one bilateral series in the unfamiliar conditions of Sri Lanka, back in 2007, and Sri Lanka’s overall record in matches between the sides at home is fifteen wins to England’s six. Their fans will be hoping that the cricketing gods will be reading from the history books rather than the form guides over the next couple of weeks!

With the two sides using the series to fine-tune their plans ahead of next year’s World Cup, a fascinating battle is on the cards.

There are also a number of significant personal milestones up for grabs for players of both sides: 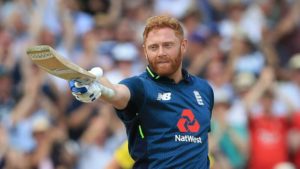 Likely to open the batting, YJB is in line for no less than three batting milestones in the series.

Firstly, he needs just 30 runs to score 1000 in ODIs in 2018. Only five Englishmen have managed the feat in a single calendar year before, so it would be a fabulous achievement.

Secondly, 38 runs will notch up 2,000 career runs in ODIs, and finally 71 runs will bring up 6,000 across all formats in his England career. 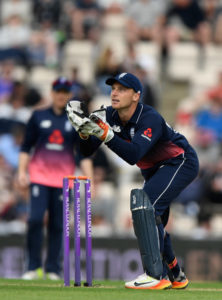 Although Bairstow has the honour for Test matches, Buttler is England’s first choice wicketkeeper in ODIs. He is likely to solidify this status by becoming his country’s leading gloveman statistically during the series –  needing just one dismissal to break Alec Stewart’s record of 173.

When counting just catches, (i.e. not stumpings as well), Jos needs 12 to go past Stewart’s record of 159 for England. 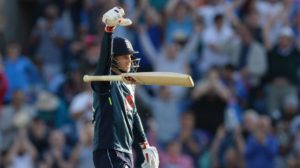 It seems remarkable to think that there were some commentators questioning Joe Root’s place in the ODI side earlier this year, but two consecutive centuries (and one bat-drop!) in the last two ODIs against India in July have put that kind of talk firmly where it belongs!

He also needs 200 runs to bring up 5.000 in ODIs, and a tough-but-not-inconceivable 293 to overtake Paul Collingwood as England’s third highest ODI run-scorer. 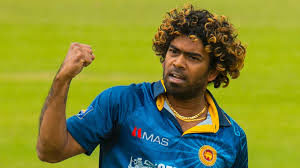 Recalled for the Asia Cup, where his performances were one of the few highlights for Sri Lanka, the veteran Malinga the Slinger needs just three wickets in the series to bring up 500 across all formats for his country.

Woakes has 109 ODI wickets, enough for joint tenth place in England’s all time rankings, whilst Adil Rashid’s 113 and Liam Plunkett’s 114 see them in eighth and seventh places overall.

All three are breathing heavily down Phil de Freitas’ neck, with his sixth place tally of 115 under serious threat.

With the spin friendly conditions, and Plunkett missing the first two matches due to his wedding, Rashid looks like the favourite to end the series in that sixth spot, while poor old Phil could slip down to ninth!