There was supposed to only be four days’ rest in between the first and second Tests of England’s three-match series against West Indies. As it turned out, England’s thumping victory within three days (or days and nights to be more precise) has given both sides extra time off to prepare for this game (or to practice their golf swings at least.)

England will be looking to wrap up successive Test series during the second Test, which starts at Headingley in Leeds on Friday morning (yes, morning!) For their part, the West Indians will be hoping against all odds that a quick turnaround in their fortunes will bring about their first Test win in England since the year 2000. 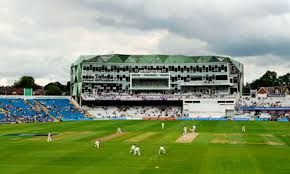 There is much to watch out for from an individual player milestone perspective too: 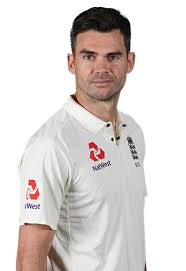 However all eyes will be on Anderson’s “W” column in this test, as he sits on 492 wickets, only eight shy of becoming just the sixth bowler in Test cricket history to crack the 500 barrier. If he gets there, he will only the third fast bowler after Glenn Mcgrath and Courtney Walsh to get there.

Jimmy will also edge one place up a much more obscure ladder in this match, as his 27,724 balls bowled in the longest format sees him just 16 balls behind Kapil Dev in eighth place. So on the fifth ball of Jimmy’s third over bowled, be sure to raise a glass to that!

Such are Chef’s stats at the moment, that he seems to be a perennial feature in these updates. Cook’s 243 masterpiece at Edgbaston moved him to 11,568 career runs. If he can squeak out four more runs at Headingley and score 247, he’ll move past Mahela Jayawardene into eighth place overall worldwide.

Perhaps more likely is a potential 32nd Test century, which would see him move into the World top ten for that statistic, alongside Australia’s Steve Waugh.

He also needs just one more catch at slip to notch up 150 grabs for his country.

Having moved past one England legend in the wicket stakes in the first Test, Broad will move alongside in this one. His 108th Test for England sees him move up from 10th to joint 9th place alongside Geoffrey Boycott.

Such is the impressive nature of YJB’s keeping, that in what seems like a blink of the eye, he already sits in eleventh place in the “dismissals” column of England’s record books – with 112 catches and 6 stumpings totalling 118 dismissals.

Two more at his home ground in Leeds will move him past Colin Cowdrey and Ian Botham into tenth place, and three more also past his ultimate boss Andrew Strauss into ninth. I doubt Strauss would mind too much!

Much like positives to take from Edgbaston, its slim pickings for milestones for West Indies’ players here. However, six runs for captain Holder will see him notch up his 1000 in the format, currently sitting on 994.