England swap their coloured clothing for whites this week, when a two-match Test series against New Zealand gets underway. The first match is a day/night affair under lights at Auckland’s Eden Park starting on Thursday, followed by  a second match at Christchurch’s picturesque Hagley Oval the following week. 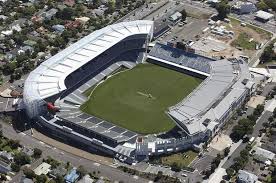 Trevor Bayliss’ men seem to have been on the road for months, this tour having started with the Ashes way back in November. The early part of this year has been taken up with ODI series wins against both Australia and New Zealand. Those series sandwiched a tri-series campaign against both, where England failed to reach the final. Whether they will be happy to see pink and red balls again is a matter for some conjecture -as for all England’s recent success in One Day cricket, their form in Tests has been as shaky as the ground underfoot in an earthquake-prone Land of the Long White Cloud.

England famously lost the Ashes 4-0, blown away by an Australian pace attack which highlighted significant weaknesses in the batting line up.  If truth be told England’s troubles in Tests go back a lot further than that. Their last series win away from home was over two years ago, and wins over South Africa and West Indies at home over the 2017 summer will do little to paper over those cracks.

England’s squad is bolstered by the return of mercurial all-rounder Ben Stokes, missing from the Ashes due to legal reasons. Stokes will be looking forward to the second test in particular, given that it takes place in the city of his birth, Christchurch. Also added to the squad is uncapped Lancashire captain and middle order batsman Liam Livingtsone, who impressed in the second warm-up game with the red ball in Hamilton earlier this week. Two other potential debutants are in the England ranks, with Surrey keeper Ben Foakes reprising his Ashes drinks-carrying duty, and Somerset spinner Jack Leach a late call-up replacing an injured Mason Crane. Whether any of the three make their debut remains to be seen, but one senses that refreshing the team beaten so comprehensively in Australia might not be such a bad thing.

For their part, the hosts have played very little Test cricket of late, but what they have played has largely gone their way, and they are a force to be reckoned with in home conditions. In fact, the Blackcaps’ last four Test series have been at home over the last 18 months – bringing series wins against Pakistan, Bangladesh and the West Indies against a solitary loss to South Africa.

The Blackcaps welcome back keeper-batsman BJ Watling to the team, having recovered from the injury that kept him out of the West Indies season early in the Kiwi summer. His replacement in that series, Tom Blundell, can count himself slightly unlucky, but his time will likely come. The other selection of note is Todd Astle as the sole spinner in a squad shorn of the all-round talents of an injured Mitchell Santner. Astle is no mug with the bat either, a fact that probably gave him the nod over New Zealand’s white-ball spinner Ish Sodhi,

So an intriguing series for the teams awaits. Individually, there are a number of potential personal milestones for players of both teams to keep a watch out for over the next two weeks. 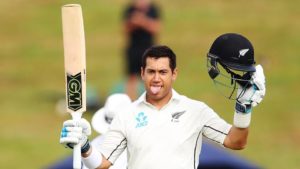 A mainstay of the Blackcaps’ middle order for over a decade, Ross Taylor is just 72 runs shy of bringing up 15,000 for New Zealand in all formats.

He currently sits third in his country’s all-time Test run scorers list with 6,246 runs to his name. Former skipper Brendon McCullum is in his sights in second, 207 runs ahead on 6,453.

Taylor also has 17 Test centuries, which is the joint highest for his country alongside captain Kane Williamson and all-time Blackcaps legend, the late great Martin Crowe. Both Taylor and Williamson can claim top spot for themselves with a century in this series.

As well as that century mark, skipper Williamson will be hoping to notch up the 121 runs he needs to overtake John Wright’s 5,334 career runs and move into fifth place all time for New Zealand. Crowe’s 5,444 in fourth is also within grasp.

Quick bowler Broad currently has 399 Test wickets, and will be reasonably confident of becoming just the 14th player in the history of the game to take 400 Test wickets. Seven wickets in the series will also see him overtake West Indies bowler Curtley Ambrose’s 405 wickets and move into 13th place.

If he brings up both marks, he will just the fifth player in history with the 400 wickets / 3,000 runs double -and will join an illustrious group consisting currently of Shane Warne, Kapil Dev, Richard Hadlee and Shaun Pollock.

The “beard that’s feared” will likely play his 50th Test for England.

Opening bowler Southee has taken 208 wickets in his Blackcaps Test career, enough for fifth place for his country. Eleven in the series will see him overtake Chris Cairns and move into fourth.