Test cricket returns to New Zealand tomorrow with the first of a two-game series between the hosting Blackcaps and a visiting West Indies side. The first match is to be played inside Wellington’s favourite roundabout at the venerable Basin Reserve, arguably one of the most picturesque international cricket grounds in the world.  The second and final test gets underway in Hamilton, city of the future, on the 9th December.

New Zealand have not played much Test cricket of late – tomorrow’s game will only be their sixth this year, and first since March. And they won’t be playing too many more in the foreseeable future either as NZ Cricket clearly focuses more on limited overs fixtures – the home season sees only four test matches over an elongated summer. The Blackcaps lost their last series 1-0 to South Africa, on the back of beating both Pakistan and Bangladesh 2-0 in their previous engagements.

The visiting West Indies side, for their part have had an up and down time of late themselves, albeit one that has started to show glimpses of hope for a young side captained by Jason Holder and coached by Australian Stuart Law. A recent 1-0 series win over Zimbabwe in Bulawayo followed consecutive 2-1 series defeats to England in England and Pakistan at home – but the one test they did win against England at Headingley earlier this year showed that they are more than capable of causing an upset when the stars align for them.

Historically, there has been very little to split the two sides over the years – with both having picked up 13 wins apeice in the 45 Tests previously played. In Kiwi conditions, the home side are more dominant, having won ten matches to the Windies’ seven.

New Zealand have been affected by two late withdrawals from their first-choice squad, with regular keeper BJ Watling out with injury and key man Tim Southee sitting out the first test as he awaits the pitter-patter of tiny fast-bowling feet. Southee’s absence could potential give birth to a new Test career, with uncapped-at-test-level pair Lockie Ferguson and George Worker called up into the squad as cover. There will be at least one new black cap handed out tomorrow,  with replacement keeper Tom Blundell set to take his place behind the stumps.

The youthful West indies squad is stratring to look more settled, but they do have two potential test debutants in their ranks – with Sunil Ambris from St Vincent and the Grenadines and Rayman Reifer from Barbados hoping to get the nod. 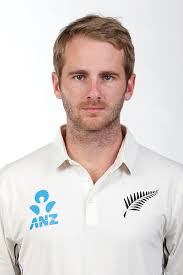 The Blackcaps’ skipper, and one of test crickets current “Big Four” middle-order batsmen captains, will be keen to take his bow in a season where Messrs Smith, Root and Kohli have already taken theirs.

He currently has 5.116 test runs to his name, enough for sixth place for his country. A not unfeasible 219 more in this series will see him overtake John Wright in fifth.

Wright is in mortal danger of losing another fifth spot in his country’s record books – with his 82 Test match appearances set to be surpassed in Hamilton by Taylor, who currently has 81.

With Southee out, more focus will be on the other half of the Kiwis traditional pace attack. Boult will therefore be confident of moving from his current 190 wickets past the 200 milestone. 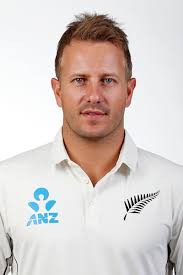 Often overshadowed by the Southee-Boult double act, Wagner’s fiery fast bowling has nonetheless already brought him 130 test wickets, enough for joint-ninth for the Blackcaps. One more scalp and he’ll leave Lance Cairns behind in his wake. 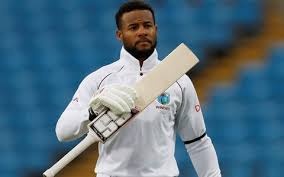 The Windies’ revived hope over recent weeks has come from a new Hope in the ranks – Shai from Barbados. His twin Headingley hundreds were instrumental in their surprise win over England in that match, and in the last four matches he has scored 530 runs at an average of 106. A mere 79 in this series will bring up hos first 1,000 for the West Indies.

Also hailing from Barbados, all-rounder Chase only needs 34 runs to bring up 1,000 in the longest format himself.

And we bring up a trio of Barbadians with rejuvenated fast bowler Roach -who will be aiming for another nine test wickets to bring up 150.