Thursday sees the English Test summer enter its second phase with the first of a three-match series between England and the West Indies. 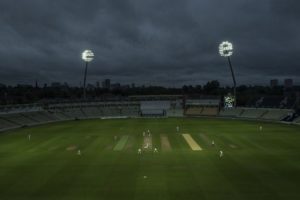 The match at Edgbaston in Birmingham has extra significance for England, being the first day/night Test for the home side. The Windies have a little more experience with the pink ball, having previously played one Test under lights, against Pakistan in Dubai earlier this year. They will be hoping for a better result though, as they lost that encounter by 56 runs.

This upcoming match will be the 153rd encounter between the two sides, with the visitors leading by 54 wins to England’s 46, with 51 games having been drawn. On English soil, the hosts lead 32 wins to 29.

England are now ranked 3rd in the world Test rankings after their 3-1 series win earlier in the summer against South Africa, and hence will start as strong favourites. The West Indies by contrast are ranked 8th, only ahead of Bangladesh and Zimbabwe, and have not won a Test series for nearly three years. You have to go back to 1998 for the last time they won a series against England, although the sides did split the last set they played, 1-1 in the Caribbean in 2015.

The first Test may also see some personal milestones:

With two uncapped players in each squad, there could be as many as four debutants making their Test bow at Edgbaston.

Surrey opener Stoneman is the most likely to play, having been named the latest to try and stop the England opener revolving door. Eleven players have tried to keep Alastair Cook company since Andrew Strauss’s retirement and all have failed (or at least been deemed to have failed) – will it be twelfth time lucky for England’s selectors?

If Kyle Hope plays, it could be either alongside or in place of his brother Shai, who is also in the Windies’ squad.

Local boy and talented all-rounder Woakes will be hoping to force his way back into the team following an injury-enforced absence. Prior to his injury, he had gone a long way to establishing himself as England’s third seamer, but will now face a selection battle with Toby Roland-Jones, who looked mightily impressive in his two games against South Africa at The Oval and Old Trafford.

If Woakes does play, he needs three wickets with the pink ball to bring up 50 Test scalps in England whites.

Fellow seamer Broad has not grabbed the headlines so far this summer, but has slowly and quietly been edging his way closer to a very significant milestone. He sits on 379 Test match wickets, and five more in this game will see him move past legendary all-rounder Ian Botham’s 383 and into second place all-time for England.

Only team mate Jimmy Anderson has more – over a hundred more – 487 and counting.

Ex-skipper Cook takes to the Edgbaston turf it what will be his 145th Test match – enough to see him move into the world all-time top ten appearances list, alongside Australia’s Shane Warne.

The West Indies captain leads an inexperienced squad into battle in England. He will be looking to lead from the front with both bat and ball, needing 17 runs and nine wickets to bring up his 1000-run and 50-wicket milestones.