The four-match series between England and South Africa concludes with the fourth Test at Old Trafford in Manchester on Friday. 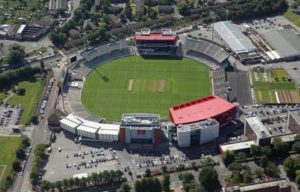 England lead the series 2-1 following their crushing 239-run defeat of the Proteas at the Oval earlier this week, retaining the Basil D’Olivera Trophy they won on South African soil in 2015/16 in the process.

The hosts will be looking to wrap up a first home series win against their African visitors since 1998, whilst Faf du Plessis’s team will be desperate to level the series, and end their largely disappointing tour of England on something of a high. After losing both the ODI and T20I series between the two sides earlier in the summer, the South Africans can at least share the spoils of the Test series with a win in the north-west.

The Test has been given some extra romance with the news announced on Thursday that the Pavilion End at Old Trafford has been renamed “The James Anderson End” in honour of the local Lancashire hero and England’s all-time leading wicket-taker. The Burnley Express will no doubt be looking to celebrate with a wicket or five from his very own end!

A number of other players will hope to reach some personal milestones during the Test too:

After a disappointing third Test at the Oval, Hashim Amla can take some solace that his 106th Test appearance for South Africa in the Old Trafford Test will move him past AB de Villiers into fifth place all-time for the Rainbow Nation.

He also only needs two further catches in the slips to move onto 95 catches and past Herschelle Gibbs into seventh place for his country.

The big quick has taken 498 wickets in South African colours across all formats of the game, snaffling 266, 186 and 46 Test, ODI and T20I wickets respectively. Just two more will bring up 500.

England’s skipper may be on the wrong side of the Pennines for a Yorkshireman this week, but as well as looking to wrap up the series win, he’ll be aiming to score 46 more runs to bring up his 5,000 Test runs for England.