Scotland get a rare opportunity to face up to the auld enemy on Sunday, when Eoin Morgan’s England side venture north of Hadrian’s wall for a one-off ODI at the historic Grange ground in Edinburgh.

Above: the picturesque pavilion at Edinburgh’s Grange Cricket Club.

Despite being close neighbours, encounters between the two are as rare as a wild haggis sighting. England have visited Scotland on three occasions only since the sides first played against each other in 2008, with two wins for England and a rain-affected no result the outcomes. Their last encounter was in the 2015 Cricket World Cup in Christchurch, New Zealand in 2015, where defeating the Scots was one of England’s few bright spots in an otherwise disastrous tournament

It is a shame that England have not treated their fellow UK countrymen with more respect by playing them with more frequency,  but it is a situation that is unlikely to improve, with Scotland having missed out on participating in the inaugural 13-team ODI Championship, and with the ICC’s disgraceful decision to limit the World Cup to only ten teams, opportunities for Scotland against the top sides are going to be difficult to come by.

That is unfortunate as it comes at a time when the game north of the border is going from strength to strength. It is a little over twelve months ago since Scotland recorded their first win over a Full member side, beating Zimbabwe, and they followed that up with a win over Afghanistan and a tie with Zimbabwe in the 2019 Cricket World Cup Qualifier tournament earlier this year. Scotland only narrowly missed out on qualification having fallen at the last hurdle against Ireland and West Indies – thanks in no small part to two appalling LBW decisions by Australian umpire Paul “Blocker” Wilson. Scotland will be happy to learn that Wilson is nowhere near Edinburgh this week, with local umpire Alan Haggo and South Africa’s Marais Erasmus taking charge.

Despite Scotland’s recent form, England will still be strong favourites – they are the number one ranked ODI side in the world, and are coming off series wins over New Zealand, Australia and West Indies in the last year since losing to eventual champions Pakistan in the semi final of the 2017 ICC Champions Trophy. England will use the game as a warm-up for the visit of Australia for a five game ODI series that starts later this week, but have still sent a strong squad north of the border. All rounders Chris Woakes and Ben Stokes are injured, and regular keeper Jos Buttler is rested ahead of the Australia encounters -but other than that England look formidable opponents for the Saltires.

So with Scotland chasing a first ever win over England, there are also a couple of personal milestones to keep a watch for:

The Saltires’ skipper is already his country’s leading ODI run scorer, with 1911 runs to his name. An opening batsman, he will play his 50th ODI on Sunday and needs just 89 runs on a pitch renowned for being bat-friendly to become the first Scot to notch up 2,000 runs. 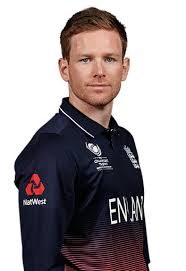