South Africa face Sri Lanka in the second and final Test at Colombo’s Sinhalese Sports Club (“SSC”) ground later today, and so sound was their thrashing in the first game last week in Galle, that “test” seems like something of an understatement when describing the challenge that awaits them. 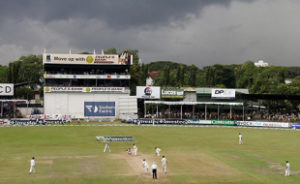 The Proteas scored only 199 runs across their two innings (less than Sri Lankan opener Dimuth Karunaratne scored by himself) and were annihilated by 278 runs within just two and a half days. Rarely has a number two ranked nation looked so all at sea, torn asunder by the triple Sri Lanka spin attack that took 17 of 20 wickets in a thoroughly one-sided affair.

Not that it ultimately mattered, but Sri Lanka’s own batting in that game, aside from the imperious Karunaratne of course, left much to be desired, so they cannot afford to rest on their laurels. But the islanders will be strong favourites at the SSC, despite their number six ranking in Tests.

They are likely to field an unchanged XI, with Suranga Lakmal continuing to deputise for suspended captain Dinesh Chandimal. The South Africans will need to decide whether to continue with Vernon Philander, who bowled only eleven overs in Galle, or strengthen the batting by bringing in Theunis De Bruyn.

The game in Colombo will be the 27th Test between the two sides, with South Africa leading fourteen to six in wins. In Sri Lanka however, the islanders’ record is much better, having won five of the thirteen Tests played to South Africa’s three. Their record at the SSC is even stronger – Sri Lanka have only lost once in five games against their African foes. The last time the two sides played at this ground was in 2014, with the game ending in a draw.

Aside from Sri Lanka looking to close out a series win, there are number of very significant personal milestones in reach for players of both sides: 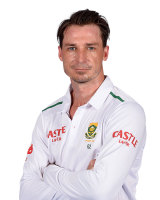 The Proteas’ demon quick bowler needs just one wicket to surpass Shaun Pollock as his country’s all time leading Test wicket-taker. The pair are currently tied with 421 scalps each.

That is enough for joint tenth place in the world all time list, so should Steyn move past his countryman, he will also dislodge him from that top ten! 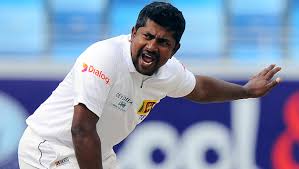 The ageless spinner Herath is one spot ahead of Steyn and Pollock in that wicket-takers list with 423 victims to his name. Richard Hadlee’s 431 is next in Rangana’s sights, eight wickets away. With a spin friendly wicket, and Herath’s record of having notched up nine 10-wicket hauls in his career, it’s a distinct possibility. Moving past Kapil Dev’s 434 into seventh place is not entirely beyond plausibility either!

If he does notch up 10 wickets, he will join Shane Warne in second place all time with ten such hauls. Only his countryman Murali has more – and who knows how many more wickets Herath may have ended up if he hadn’t had to play second-fiddle to him for the early part of his career! 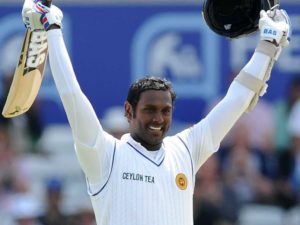 Former skipper Mathews  needs just eight runs to bring up 5.000 in Tests and become just the ninth Sri Lankan to the mark.