The Champions Trophy now seems like but a distant memory, with the focus of the mens’ international calendar now very much back on the red ball. An intriguing Test series awaits in Sri Lanka between a home side in transition, and a visiting Indian side high on form and expectation.

The first Test starts in the beautiful fort city of Galle in the south of the island on Wednesday. 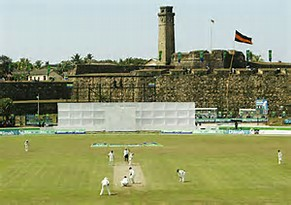 The Lions, ranked a lowly 7th in Tests, only narrowly won their last test against a resurgent and mightily impressive Zimbabwe earlier this month, and shared the spoils 1-1 in their previous series at home against Bangladesh in March.

As for India, they are on the back of eight-straight series wins dating back to 2015, and are ranked the No.1 Test side in the ICC rankings.

The first Test of the three match series will be the 39th between the two sides since Sri Lanka were admitted as a Test nation in 1982. India have won 16 matches to Sri Lanka’s 7.

On paper then, it’s a rather one-sided affair, but as the Australians will tell you, Test cricket isn’t played on paper and when the Sri Lankans fire on their home turf, anything is possible. This is backed up by the fact that in Tests played between the two sides on Sri Lankan soil, the islanders lead 7-6 in wins.

There are a few upcoming individual milestones to keep an eye on in this Test also:

With Angelo Mathews having resigned the Sri Lankan captaincy in all formats following his side’s ODI series loss to Zimbabwe, and with permanent Test replacement Dinesh Chandimal sidelined for this game with pneumonia, Sri Lanka will be captained by the ageless Rangana Herath.

Herath’s 11 wickets in the recent Test against Zimbabwe rocketed him to second place in the ICC Test bowling rankings, and he has firmly established himself in recent years as one of the most popular players in the world.

He currently has 384 Test wickets to his name, which sees him in 15th place in the history books, with his haul against the Zimbabweans moving him up in the all-time list past three legends of the game in Waqar Younis, Malcolm Marshall and Ian Botham. South African pacer Makhaya Ntini is next in the wily spinner’s sights as he marches ever onwards to 400 career wickets. Seven more scalps in this game will see him pass Ntini’s 390 and move into 14th place.

Herath also has eight ten-wicket matches in his locker, enough for equal fourth place on the all-time list, alongside Indian legend Anil Kumble. One more such haul, and who would put it past him, will see him move alongside New Zealand all-rounder Richard Hadlee in third place with nine.

One half of India’s lethal spin duo, Ashwin plays his 50th Test in Galle.

Now an established all-rounder who bats as high as 7 depending on the make-up of the Indian XI, he requires 97 runs to bring up 2000 runs for his country.

With the ball, he has racked up 7 ten-wicket hauls in his 49 games so far, sitting with England’s Sid Barnes just one behind Herath and Kumble in joint sixth place.

With both regular openers out of the starting XI with injury and illness, much of the burden of the batting line-up will fall on the shoulders of Pujara. He currently has 3,798 runs to his name, so 202 more will bring up the career 4,000.

The number one-ranked Test bowler in the world needs eight more wickets to bring up 150 for India in the longest format of the game.

Shorn of the duty of the captaincy by his resignation last month, Mathews will be looking to get back into form with the bat in this game. He is currently Sri Lanka’s tenth highest run-scorer in their Test history, with 4,536 runs in his ledger. Just ten more runs in this game will see him overtake his new batting coach, Hashan Tilakaratne, and move into ninth place.

The Lions’ quick bowler has 82 wickets to his name, enough for eighth place in the overall standings for his country. A four-wicket performance in this game will see him overtake fellow quick Pramodya Wickramasinghe’s 85 and move up into seventh place.

Also hot on Wickramasinghe’s heels is all-rounder Perera, with 79 wickets from his 17 Tests so far, currently sitting in ninth place overall.