The third Test of the four-match Basil D’Olivera Trophy series between England and South Africa takes place from Thursday at The Oval in south London. 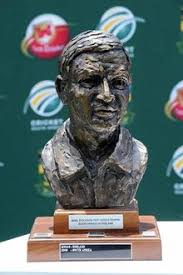 The finely poised series is currently tied 1-1, with both sides having notched up a heavy win apiece over their opponents. The hosts cruised to a 211-run win in the first Test at Lords on the back of Joe Root’s 190 in his first innings as captain, and a ten wicket haul from Moeen Ali. South Africa however fought back with a crushing 340-run win over their hosts in the second Test at Trent Bridge.

So all to play for…will Root be able to lift his England team from their malaise in Nottingham, or will Faf du Plessis’s charges pick up where they left off in the midlands and carry their momentum back to London?

Several players on both sides will have their eye on milestones as the game unfolds:

Former England captain Cook is currently tied with former Australian captain Allan Border on 11,174 runs, in equal ninth place in the list of highest Test run scorers. If Chef can avoid a pair, he will demote Border into tenth place and claim ninth spot all for himself.

Durham all-rounder Stokes will be looking for 23 runs in the game to bring up the 2,000 run milestone.

Fast bowler Broad will make his 105th appearance for England in Tests, which will give him tenth place outright in England’s all time appearance list – knocking a certain Kevin Pietersen out of the top ten in the process.

Stuart currently has 373 Test wickets to his name, enough for joint 18th on the all time world wicket-taker list, alongside Pakistan quick Waqar Younis. Four wickets in the match will take him past West Indian Malcolm Marshall’s tally of 376, whilst a ten-for will see Broad move into equal second place in England’s all time list, matching Ian Botham’s 383.

South Africa’s leading batsman will make his 106th Test match appearance for the Proteas, bringing him alongside the resting AB de Villiers into joint fifth place for his country.

Having taken 88 catches and effected 6 six stumpings behind the wickets, the Proteas keeper-batsman needs just six dismissals in the match to bring up his century of victims.

Often mysteriously underrated, burly all-rounder Philander has a current wicket tally of 169. Two more in this game will see him overtake pre-isolation era off-spinner Hugh Tayfield and move into seventh place for his country.